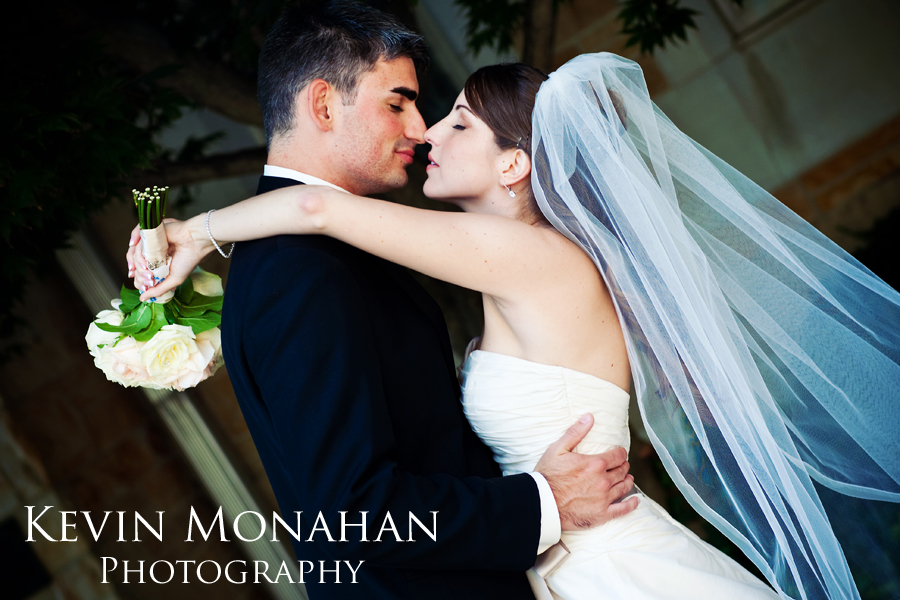 It was the day I had been looking forward to for ten years, as IndyVisual’s own Laurie Buschmann became Mrs. Matthew Foster on August 22, 2009 at St. Paul Episcopal Church. I was crushed not to be able to attend due to a couple of other weddings we had booked for that day, but I did make it to their rehearsal dinner and the last hour of the reception at the Columbia Club. Seeing Laurie in her wedding dress was a vision I’ll never forget – a culmination of MANY hours of late night chats about her sometimes frustrating search for happiness. I knew Matt was “the one” a whole year before Laurie did – in fact, I took a picture of them on the night they met for exactly that reason. So to see them finally unite has been a longtime dream come true. Well, again, I wasn’t actually there – but thanks to Kevin & Alicia Monahan‘s cool slideshow, I finally feel like I made it to the church on time. Check it out, and keep an eye out for Part 2!
http://kmpss.com/slideshows/laurie&mattwed1/
Laura & Richard – 8/22/09
Bob  October 22, 2009 1
Share
Laura & Richard exchanged vows in the Scottish Rite Cathedral‘s theater before celebrating in style in the grand ballroom. I enjoyed following the early preparations, emotional gift exchange, first meeting and photos with Angela Talley (who referred the couple to us) at the Westin. Videographer Rich Johnson captured all the beautiful details and moments at the Scottish Rite, including decor by McNamara Florist, service by Thomas Catering, and entertainment by DJs Direct, and consultant Stephanie Burke of Fete Event Planning came all the way from St. Louis to run Laura & Richard’s special day to perfection. 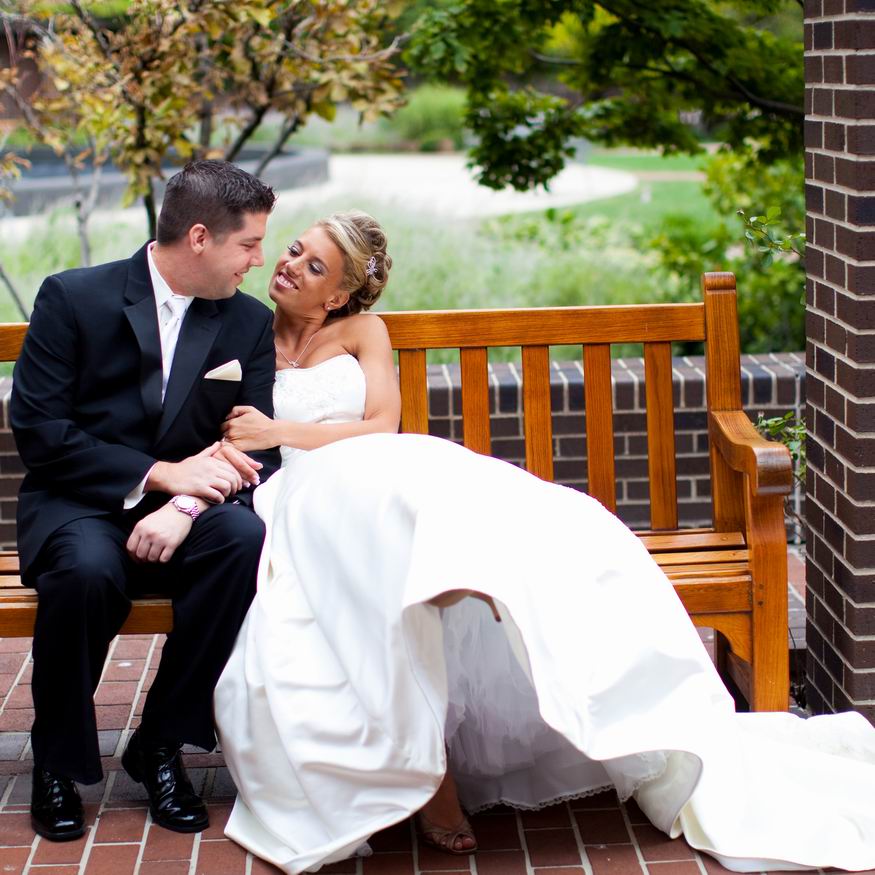 Photo by Angela Talley Studio
Julia & Beau – 8/15/09
Bob  October 15, 2009 0
Share
Large balloons and elegant sandalwood fans set the scene for Julia & Beau’s picturesque wedding in the formal garden of the Indianapolis Museum of Art, followed by a spirited reception in the IMA’s Deer Zink Pavilion. I liked the use of a symbolic key during the ceremony, and the huge candy station at the reception complete with personalized toothbrushes (they’re dentists) that my kids still use. The Weekenders Team of Circle City Planners, along with McNamara Florist, expertly brought Julia’s vision to life, all captured beautifully by Dave Mason of Image Source Photographic. Kahn’s Catering provided their usual spectacular service, and the Souled Out Band provided some killer rock & R&B for the evening. Big thanks to Kahn’s, the IMA, B&C Digital Media & Northernlight Filmworks for the referral, and congrats to Julia & Beau!
(Check out the Circle City Planners blog for more details of the day, and Dave Mason’s blog for a great slideshow!) 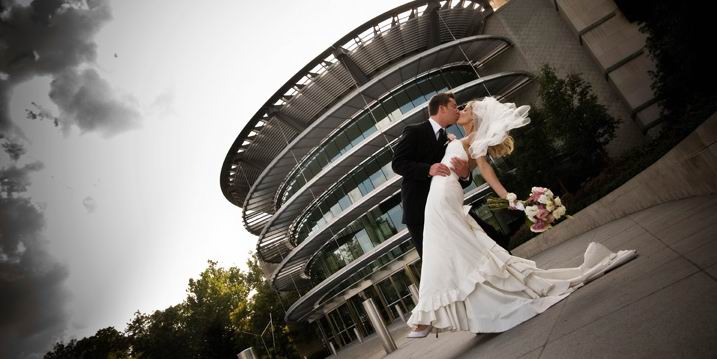 Photo by Image Source Photographic
Deardra & Patrick – 8/8/09
Bob  October 12, 2009 0
Share
I couldn’t have asked for a more fun-loving couple than Deardra & Pat, which was obvious from the first shot at the rehearsal dinner at Mo’s through their wedding at St. John’s Catholic Church and reception at the Indianapolis Museum of Art. After Deardra surprised Pat with a bagpiper at the end of the ceremony, photographer Rich Bradbury and I captured some fun poses at the IMA while Adrienne Henn of Eventfull Planning, Kahn’s Catering and the IMA staff got the Deer Zink Pavilion ready for an evening to remember, with smokin’ R&B entertainment provided by Living Proof.

From a prom to a promise. Jennie & John, one-time prom dates who lost touch for seven years, found each other again on Facebook two years ago and finally exchanged vows at Tabernacle Presbyterian Church, followed by a lavish celebration at the Scottish Rite Cathedral. The rehearsal dinner at the Eiteljorg Museum was quite a party in itself, with lots of great food by Kahn’s Catering, music and dancing.

The next day, Jennie transformed into a princess right out of a storybook, and the guys were stylin’ in their hats and canes. An all-star team of vendors including Circle City Planners (who referred the couple to us), McNamara Florist, Thomas Catering, Evans Audio Visual, EyeMAX by Kiralee and Antique Limo all outdid themselves to make this fairytale wedding day come true. Photographer Dawn Fisher of Galleria Studios and videographer Rich Johnson captured the timeless moments as everyone danced into happily ever after courtesy of music by the Endless Summer Band. 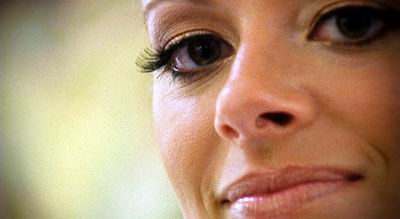