Shekema & Matthew enjoyed a beautiful wedding in the Ritz Charles chapel, followed by a lively reception in the main building. Coverage started with the bride’s preparations in the Renaissance Hotel across the street, while the hilarious groom kept his friends in stitches at the chapel. The ceremony was short and sweet, concluding with the traditional jumping of the broom. Photographers Kevin & Alicia Monahan captured some fun moments after the ceremony while coordinator April Foster & McNamara Florist put the finishing touches on the ballroom. Wes Adkins of Event One DJs guided the couple guests through the formalities as well as a funny “Newlywed Game” before packing the floor with some great tunes. 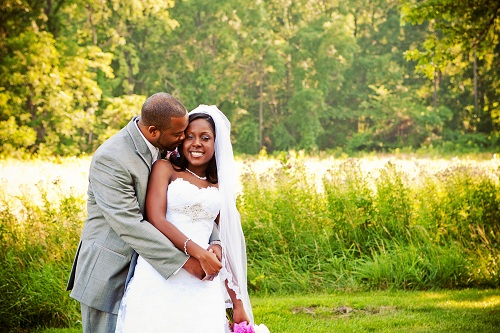