Jessica & Michael are a hilarious couple who kept me in stitches throughout their wedding day, from their elegant morning ceremony at The Church of the Redeemer through their blast of a reception at the Ault Park Pavilion Cincinnati.  God was clearly looking down on this couple throughout the ceremony, as this perfect ray of light kept finding its way to them through the stained glass windows at all of the key moments.

The reception took place in the majestic pavilion in the center of the stunning Ault Park, where designer Tim Lieber expertly pulled a little bit of the park’s fall colors into the event space.  The delicious brunch provided by Chef’s Choice provided the fuel needed to get the guests through the Clyde Brown Band‘s energetic set.  The highlight of day had to be the father of the bride’s clarinet serenades to his beloved daughter.  After some fun pictures with photographer Erika Rice, Jessica & Michael exited in style into their new life together.  Huge thanks to former clients Chelsea & Tom Crabtree for referring such a wonderful couple to us! 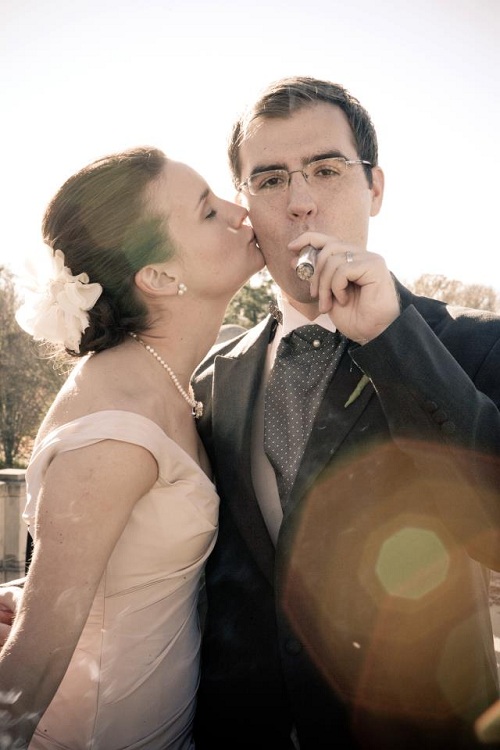 I had a wonderful time filming Braca & Rob’s beautiful wedding and reception at the gorgeous Indiana Roof Ballroom.  Coordinator Rayna Traylor (who referred Braca & Rob to us) did a marvelous job of overseeing the evening’s events, and J.P. Parker Flowers did their usual amazing work at the Roof.  Photographer Morgan Matters, sporting a sparkling new ring from her own engagement the previous night, was a blast to work with as always.  It’s not easy to fill the sizable dance floor there, let alone for a one man band, but keyboardist Matt Roush pulled it off wonderfully.  The musical highlight of the evening, however, belonged to the stunning bride herself, who surprised the groom with a pre-recorded rendition of her singing “Hallelujah,” which played as they cut their cake. 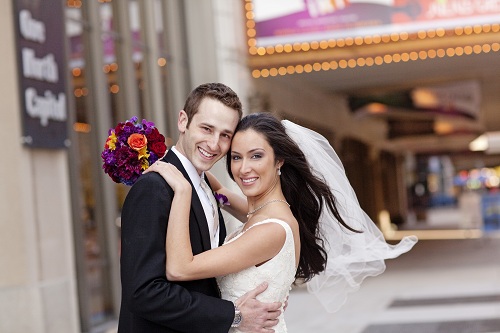 I’ll never forget my dear friend Amanda’s giddiness when she first told me she started dating Alex during their days at the Omni Severin Hotel, or the day we hung out in the Conrad Indianapolis lobby for an hour talking at length about their wedding day…a whole year before they got engaged.  So it was truly an honor finally to be there to witness and film their big day.  After preparations in Amanda’s suite at the Conrad followed by an emotional first meeting in the penthouse, I joined photographer Andrew Scalini for some stunning pictures on the rooftop and around downtown before heading to the ceremony in the Indiana Landmarks Center, a former church that has been transformed into an incredible event space.

The reception took place down the hall in a dramatic two-story rotunda, tastefully appointed by Paul’s Flowers with setup help by Gene Huddleson of Detail+Design, with intimate spaces on both levels for the guests to savor the many delightful surprises served by Hoaglin Fine Catering.  After many tearful speeches (“It runs in the family,” joked her brother as he broke down), the celebration was on, led by the Endless Summer Band with a memorable appearance onstage by Amanda’s godmother.  Planner Monica Richard of Detail+Design was with all of us every step of the way to make sure everything ran perfectly, and it was such a treat to spend a fun evening with so many industry friends among the guests and vendor team. 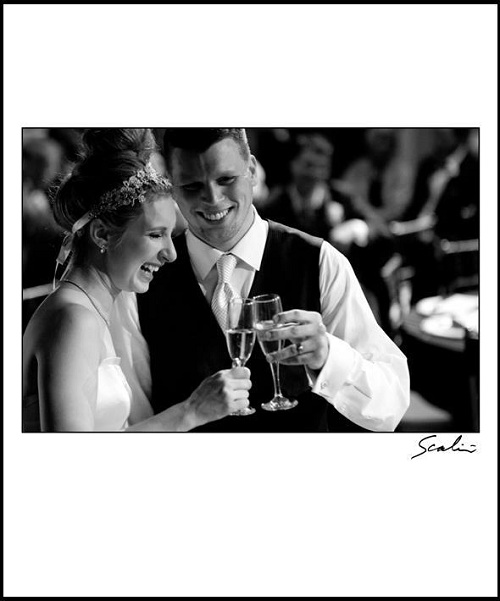 Lindsay & Michael had a lovely, music-filled wedding ceremony at First Christian Church in Columbus, Indiana, followed by a gorgeous waterfront reception at Harrison Lake Country Club.  The striking church with the imposing bell tower was designed by famed architect Eliel Saarinen (whose son designed the Gateway Arch), and made a great backdrop for photos by Melissa Marie Photography, as did the stunning Irwin Gardens following the ceremony.  The fall-themed interior decor provided by Detail+Design looked incredible, as did their transformation of the country club.  D+D’s Katina Kaisher (who referred Lindsay & Michael to us) did a fabulous job of keeping the whole day running smoothly, and the DJs of 6:7 Entertainment kept the reception hopping. 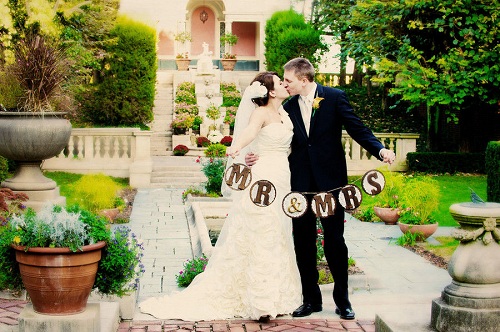