Nimi & Rav’s epic wedding weekend culminated with a traditional Hindu ceremony at the Indiana State House, followed by a jam-packed evening of entertainment at the Hyatt Regency.  Our coverage began on Saturday morning as the groom arrived in a very high-spirited baraat processional, with the majority of the two-hour ceremony taking place under an extravagant mandap provided by Mayil Mandaps filled with beautiful details and traditions.

The reception at the Hyatt commenced with a hour-long program filled with speeches, formalities, and plenty of dancing, including a cool interpretation of different stages of the couple’s courtship.  The ballroom looked fantastic courtesy of decor by Bokay Florist with assists by Classic Cakes, LGI Linens and Evans Audio Visual among others.  DJ Khiladi kept the crowd in a frenzy with expert mixing of Indian and western dance music, and photographer Angel Canary (who referred the couple to us) captured the fun through her candid coverage as well as her nicely constructed photo booth. 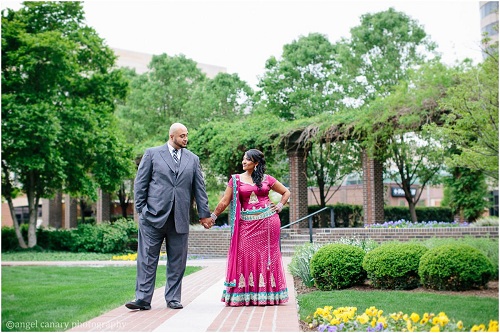 Anica & Andy became one in an elegant wedding ceremony at Meridian Street United Methodist Church, followed by a huge reception at Crowne Plaza at Historic Union Station.  Family and faith were recurrent themes throughout the day, as Andy’s father (who was also his best man) presided over a portion of the ceremony, and Anica’s father lovingly restored a bicycle from the 1940’s, which was a striking focal point for Circle City Designers‘ eclectic decor as the guests arrived at the reception.  Wedding Entertainment Director Jim Cerone led the crowd through an evening filled with priceless moments, and after some cool night-time downtown shots with photographer Kevin Swan, Anica & Andy exited through a row of sparklers  into their new life together.  Big thanks to Jim, Kevin & the Crowne for referring such a beautiful event to us! 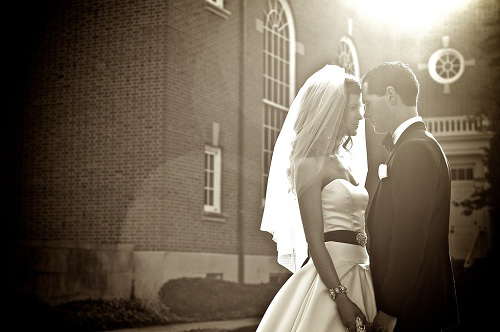 Jamie & Matt exchanged vows in a beautiful wedding ceremony at St. Christopher Parish in Speedway before celebrating at the Conrad Indianapolis. Their first meeting took place in the stunning Kite condo on the top floor of the Conrad, which offered an unparalleled view and backdrops for photographs by Erin Hession’s team.  (Check out the amazing photos on Erin’s blog!)  After the ceremony, we all proceeded to the newly restored Monument Circle for more shots before settling in at the Conrad.

The reception featured gorgeous decor by The Empty Vase, an elegant cake by Heavenly Sweets, and great party music by the band Groove Essential. All of these details were expertly overseen by Deborah & Cassie of A Touch of Elegance. Special thanks to the Conrad’s Amanda Spicer for referring such a fun couple to us!