Anna & Matthew are a fun, hilarious couple who kept me in stitches throughout their ceremony and reception at the Indiana Roof Ballroom.  After preparations and a first meeting at the JW Marriott, the couple spent the afternoon dodging raindrops for photos with Nathaniel Edmunds Photography before convening at the Roof to sign their ketubah.  I loved having the ceremony in the round, which gave us some great angles to work with.

The reception was full of infectious energy from their sprinting entrance into the ballroom through their two-lap sparkler exit & horse carriage sendoff.  The Endless Summer Band kept the crowd going throughout the night, and the room looked amazing as usual thanks to consultant Leslie Jones (who referred Anna & Matthew to us) and David Strohmeyer of The Empty Vase. 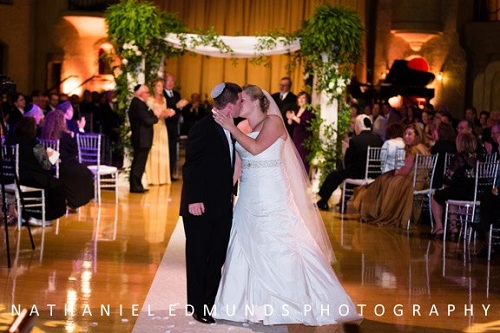 The Detail+Design team pulled out all the stops for Nicole & Aaron’s spectacular outdoor wedding at Chapel Square Street Park in WestClay, followed by one of the wildest receptions to hit D’Amore Indianapolis.  The vows were exchanged under a stunning chandelier provided by Evan Audio Visual as the pop culture-savvy officiant (and former IndyVisual groom) Scott Rudicel name-dropped Prince, The Beatles and Google within the first minute.  Photographer Hether Miles then followed the party to a few stops for some more photo ops while I headed downtown.

The fabulosity carried over to the reception, where Team D+D had several amazing setups awaiting the couple and their guests.  After an evening of formalities, great service by Thomas Caterers of Distinction, and music by Nicole & Aaron’s favorite blues band from St. Louis, the party was only beginning.  While some guests took advantage of the late night photo booth by Indy Photo Booths as well as our own “Confessionals” video booth, most stayed out on the dance floor as DJ Fred Lockette and percussionist Joe Meltdown tore up the afterparty until 2am. 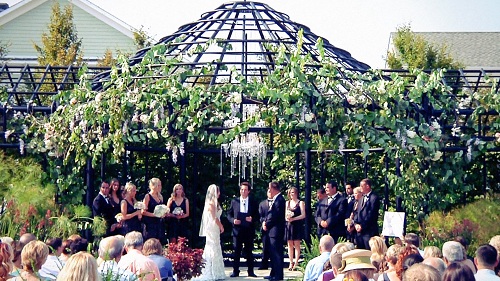 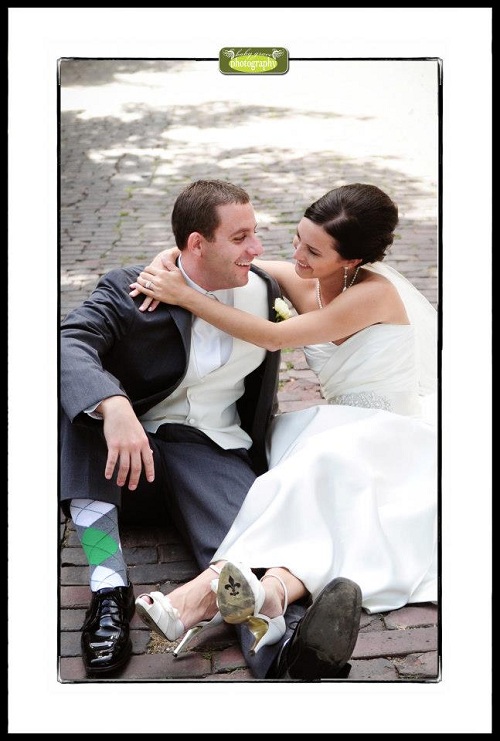