A few years after filming Amanda & Michael’s wedding, I was excited to film the wedding of Michael’s twin sister Courtney & Ross at East 91st Street Christian Church, followed by their reception at the Eiteljorg Museum.  Prior to the ceremony, photographer Dawn Fisher of Galleria Studios & I captured some fun shots of the bridal party, which included many of our previous as well as future clients.  The reception looked fantastic thanks to colorful decor by Circle City Designers, and the service by Kahn’s Catering was top notch.  The DJs of PBJ Entertainment presided over a lively evening of dancing, highlighted by a cameo appearance by Purdue Pete, and the flutter fetti sendoff was the perfect way to top off a glorious day. 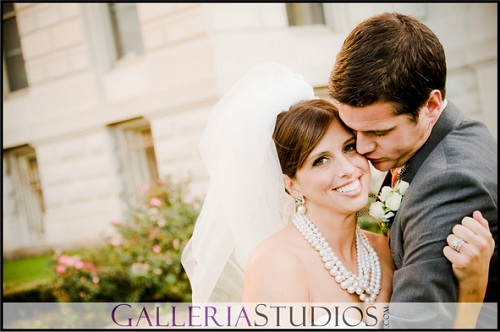