Gauravi & Amar pulled out all the stops and put on an Indian wedding extravaganza for the ages at the JW Marriott. Our coverage started with a Friday ceremony at Gauravi’s family home, followed by a fun sangeet party at the JW. After a Saturday break, we began 18 hours of filming with prep coverage alongside Nathaniel Edmunds Photography and former IndyVisual bride Jen Nair of Passionate Peacock Event Planning at 6am on Sunday.

After a spirited baraat outside the hotel, the guests entered the White River Ballroom for the ceremony, where they were greeted by HMR Designs‘ jaw-dropping decor highlighted by three huge floral peacocks with endless orchid feathers. After the traditional ceremony and emotional vidai, Garrette & Amber joined the amazingness to help me capture the epic reception, including a surprise flash mob dance for the couple. By the end, all of us were exhausted but so happy to have worked for such a fun couple. 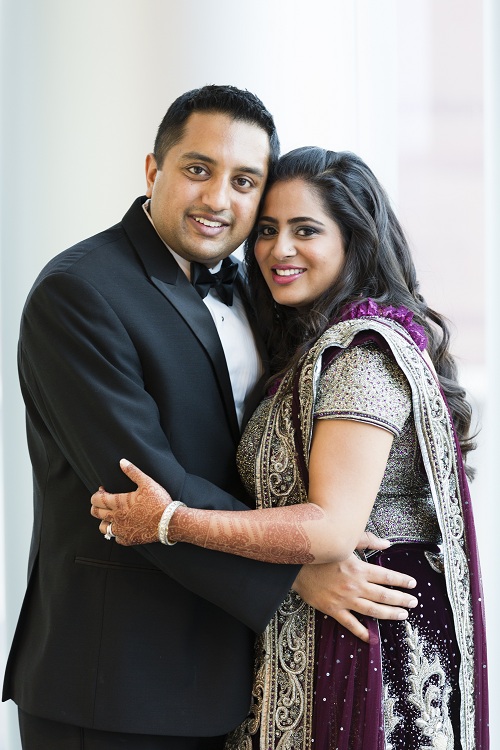