Laurie captured the details and emotions beautifully as Charlotte & Rodney tied the knot at the Indianapolis Museum of Art.  After an elegant wedding highlighted by unique readings and a special sand ceremony, the couple roamed around the grounds for some fun shots with our friends from Wyant Photography.  Meanwhile, the Deer Zink Pavilion was decked out in fabulous fashion by McNamara Florist, while the Pulliam Great Hall was expertly accented by Evans Audio Visual for cocktails, with a dramatic change-up in lighting for dancing later in the evening.  A “Soul Train” line was a fun and funky way for the band to kick off a memorable night of dancing for the guests. 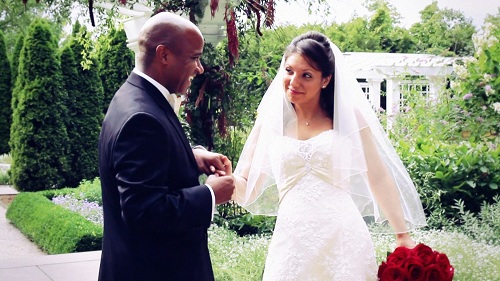 Bridget & Chad are a fun couple who love a good party, so it was only fitting that their wedding day at the Scottish Rite Cathedral was more than just an occasion for two to become one – it was also the party of the year.  After a first look in the Tilers Room, the couple went off for photos with Hether Miles and then returned to preview the spectacular ballroom and practice their first dance.  After exchanging vows in the beautifully transformed theater, they returned to the ballroom for the first dance as their surprised guests looked down from their cocktail hour on the mezzanine level.

Everyone had a blast during the reception, which was filled with a lots of sweet family moments, personal touches, superb service by Thomas Caterers of Distinction and great music by DJ Freddie Lockett with percussionist Joe Melton amping up the beats while some guests made their way to one of the Indy Photo Booths.  But that was merely the warm-up, as the South Lounge was converted into a virtual nightclub for a wild afterparty (vodka snow cones, cotton candy & caricatures were among the surprises) with music by DJ Orion that kept everyone hopping until 2 a.m.

Bridget’s brother J Scot Reid, himself an event planner, entrusted the day’s events & decor to the Detail+Design team of Gene Huddleson and Monica Richard, who did an amazing job transforming not just one but three separate spaces.  I was honored to be included with this A team, which gave me a lot of spectacular sights – and memories – to film. 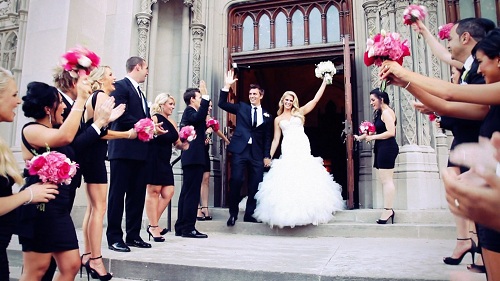 Photographer Erin Hession pulled out all the stops to celebrate her dear Aunt Mary’s surprise 50th birthday party at D’Amore Indianapolis.  Because Mary, owner of Canine Retreat, has such a tremendous passion for dogs, Erin set out to create a canine-themed event, hiring her friends at A Touch of Elegance, Setting the Mood, Thomas Caterers of Distinction, Classic Cakes, DJs Direct and Strike a Pose among others to create one of the most abundantly clever implementations of a theme that I have ever seen.  From the bone-shaped napkins to the two huge treat tables (only one for humans) to the “Come Sit Stay” window decals to the photo booth props (see yours truly below), not one opportunity was overlooked to make Mary feel right at home.  Her reaction to every surprise that kept on coming was priceless.  Everyone had a blast, and it was an honor to take part in yet another milestone in the lives of this wonderful, close-knit family.  (Click here to see more photos of this paw-sitively fun event!) 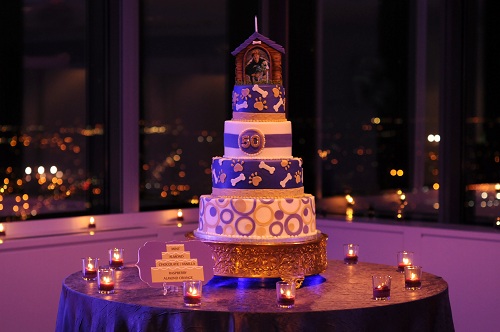 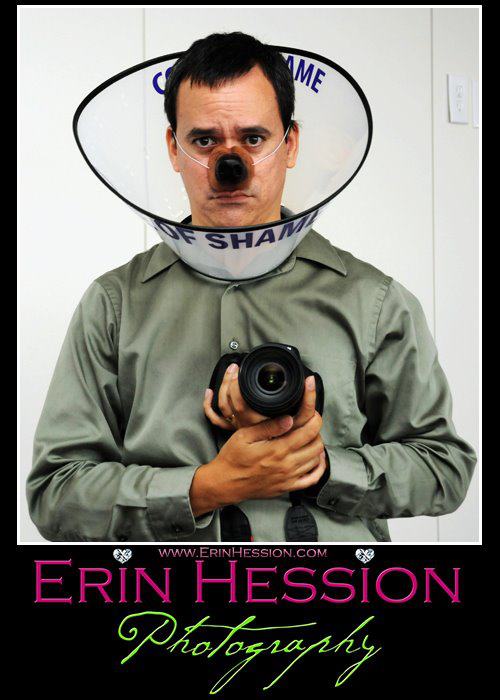 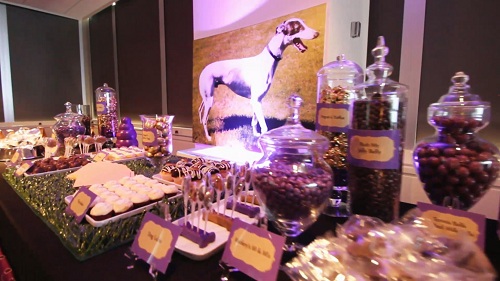 I had such a blast filming Marie & Jay’s wedding last year, so I was very excited to get the chance to film another wedding in the Martin family up at the Tippecanoe Lake Country Club in northern Indiana.  In fact, family played a huge role throughout the day, with a cousin coordinating the wedding, an aunt doing the flowers, another aunt & uncle hosting the reception, etc.  Best of all, Christina’s mom was the matron of honor, her dad was the officiant, and Kyle’s dad was the best man.

After a sweet first meeting followed by pictures with photographer Nicole Mehl, we squeezed in a beautiful outdoor ceremony in between storms, and then raced down in golf carts to a lakeside beach for a toasts and more photos.  The reception featured an amazing slideshow, great music courtesy of Dance N’ Sound, the biggest dessert spread I’ve ever seen, and a wonderful couple at the center of it all. 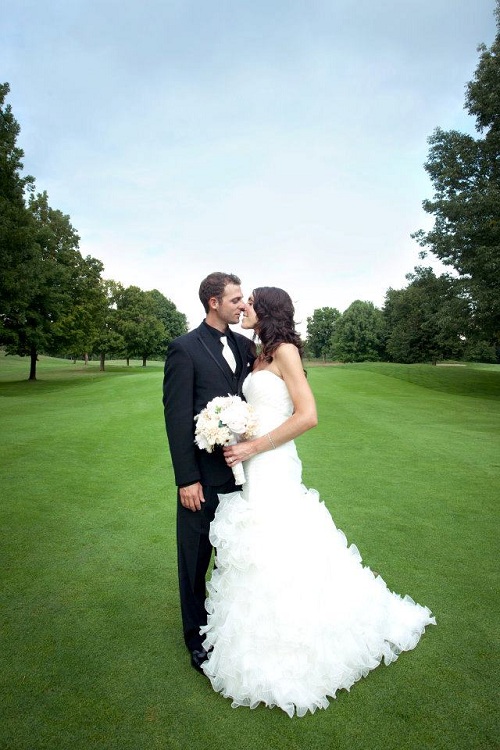