11 years after we filmed the wedding of Marcy’s sister Angie, it was Marcy & Peter’s turn in the spotlight (and on TV) as they got married at St. Roch Catholic Church, followed by a spectacular reception at the Scottish Rite Cathedral.  With a camera crew on hand from TLC’s “Something Borrowed, Something New,” the ceremony went perfectly, although photographers bobbi+mike had to save the day when the trolley broke down a few blocks away with the newly married couple on board!  The reception ballroom looked magnificent with towering flowers by Dream Weddings and cake by Sweet Seductions, and it was hard not to smile at all the books that were left as “favors” by this education-minded bride on everyone’s plates.  Party rock was in the house tonight with Zanna-doo leading the way, and overseeing the whole day to perfection was the wonderful Boldly Chic Events team. 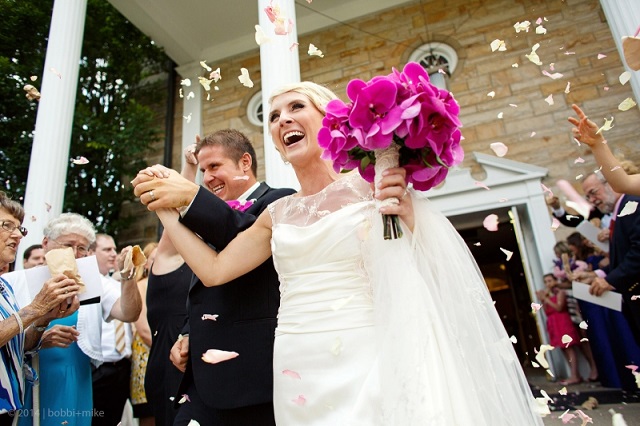